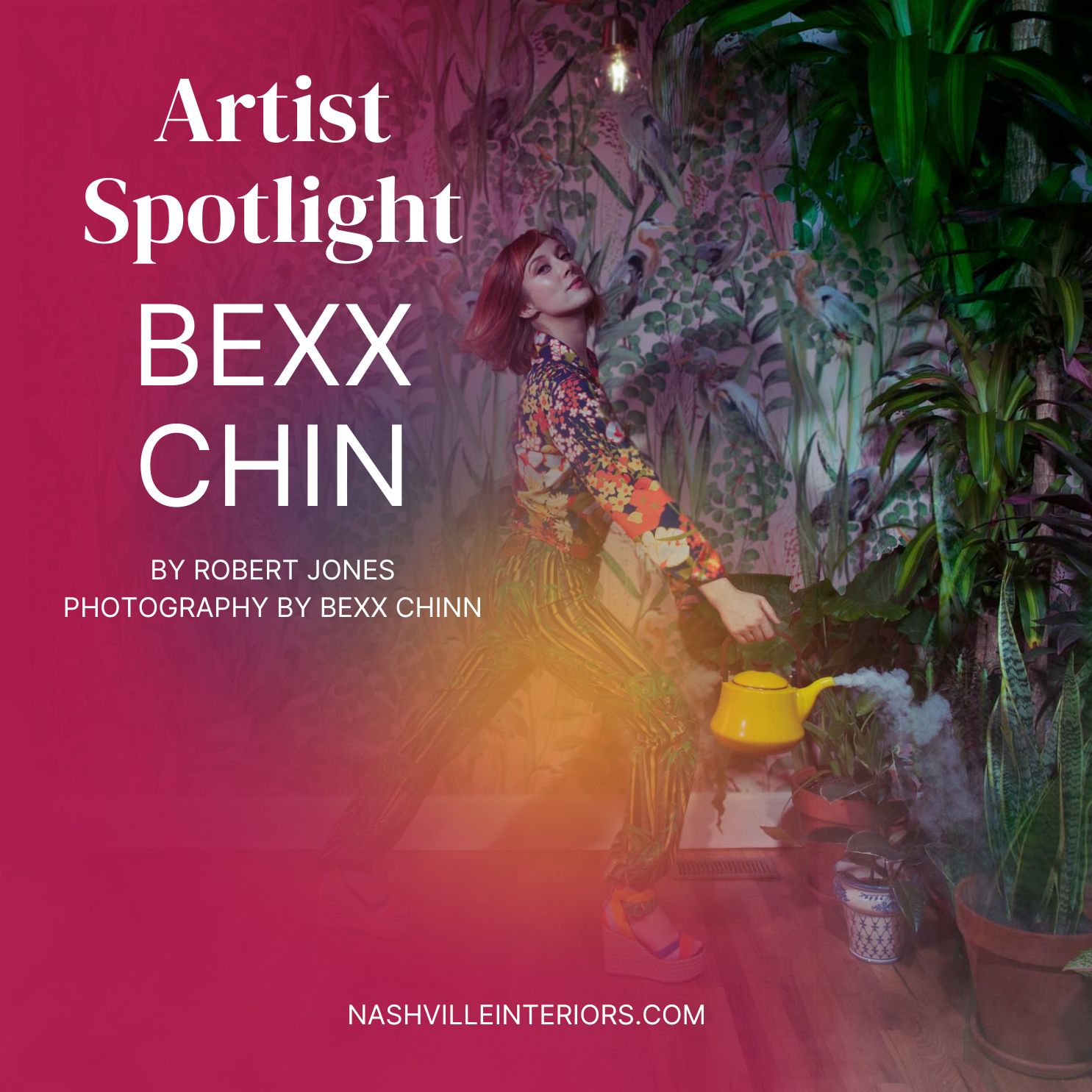 As a nonbinary queer person growing up in Jackson, Tennessee, Bexx Chin used photography as more than just a creative outlet; it provided a means of escape from the world around them.

“When I was in middle school, I was really into taking pictures for platforms like Myspace. I had these grandiose ideas that just became more and more elaborate,” they say. “I began roping in my siblings and friends until it got to the point where I realized it meant something more to me than just internet clout.”

That passion would lead Chin to Nashville in 2013, where they studied photographic imaging and fine arts at the Art Institute of Tennessee. Chin’s experiences growing up in the South would play a prominent role in their graduating project, titled Cattywampus.

“Cattywampus was about documenting queer youth in the South and trying to capture the surreal Southern mystical aura within that,” Chin says. “I think there is a degree of rebelliousness about being openly queer in the South. It’s a very punk-rock thing to do.”

They found the “scruffiness” in the queer community appealing and wanted to honor it.

“They were ready to protect themselves and the people they loved, and I really wanted my work to capture that edginess — to show the dirt under the fingernails as well as the crazy hair and style,” Chin says. “It felt like everything from my teenage years solidified into one album, which gave me the freedom I needed to close that chapter of my life and enter adulthood.”

Another of Chin’s previous projects pays tribute to survivors of sexual violence by exploring the difficulties they face on the path to self-healing. The artist’s willingness to address uncomfortable subject matter gives their work a sense of depth, while their skill behind the camera makes these subjects accessible to the casual observer.

Over time, Chin’s work has grown in scale and ambition as they have gained experience in set design and costume, and it is distinguished by its emphasis on world building as illustration of a narrative.

“I go for things that are very cinematic,” Chin says. “It all starts with a narrative concept, and then I go about trying to figure out how to capture that story within a single scene. As I’ve grown, I’ve tried to build concepts that are more and more ridiculous, with lots of moving parts.

“I have to be mindful of being overtaken by the set. That’s not necessarily a bad thing, but I’ve learned to think very carefully about the role I want it to play within my work.”

In addition to their photographic work, Chin is currently managing the launch of TAY.st. Named using an abbreviation of its Taylor Street address, TAY.st is a community-driven cafe serving the visitors and tenants at the 100 Taylor Arts Collective in Germantown. The collective is also where Chin continues their artistic pursuits.

“The project I’m working on now is a personal exploration of hereditary diseases — specifically dementia. Dementia is something that both of my grandmothers suffer with, so this project is about recognizing and coming to terms with the likelihood that I may have to deal with that myself one day.

“It is something that I worry about personally, and I see this as a way to give those anxieties a home outside of my head. Beyond that, I want to find a way to visualize the experience of diseases that aren’t necessarily recognizable from the outside.”Chin can be contacted for commissions through their website, https://bexxchin.com/.